The Historic Heartbeat of Annapolis, Maryland 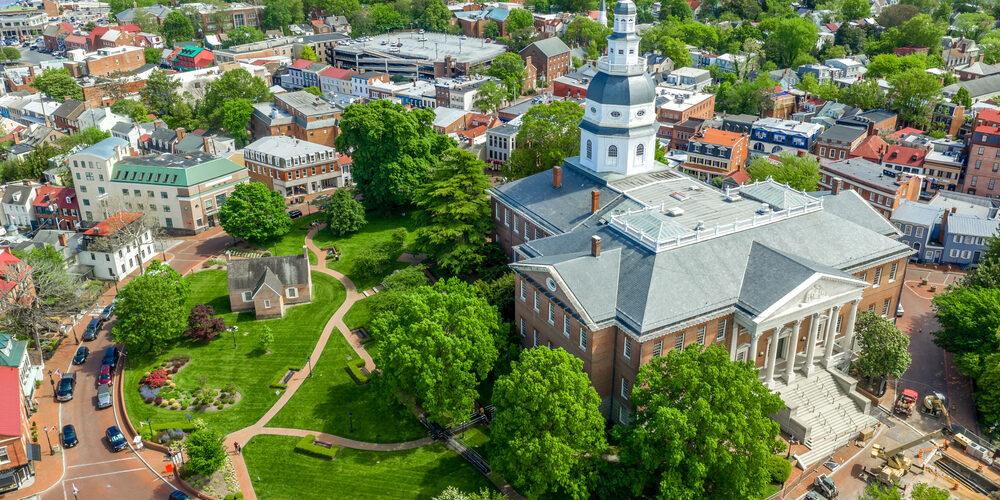 Annapolis is one of America’s oldest and best-preserved cities, retaining many of its original eighteenth-century buildings that infuse this historic capital with old-world charm and beauty. Established in 1649 and playing a significant role in the creation of America, Annapolis has survived much of the country’s tumultuous history and known several names through the centuries.

As a seaport dating back to the colonial era, Annapolis was the site of early political gatherings that have helped shape the nation’s growth. Although it began as a small coastal town, today, it stands as a testament to the richness of early American culture.

Known for its impressive Georgian architecture and stunning waterfront views of Chesapeake Bay, Annapolis was originally called Providence, founded by Puritan settlers from England. Providence changed to Townland at Proctor’s within half a century, followed by Anne Arundel’s Towne after Lord Baltimore’s wife. Governor Francis Nicholson eventually renamed the growing city of the surrounding colonies to Annapolis, inspired by England’s Princess Anne.

Governor Nicolson developed the city grid of circling streets, beginning with the Statehouse and Episcopal Church, continuing development of all other roads to start at a circular perimeter. As a result, the current city of Annapolis mimics several European capitals.

A History of Firsts

One of the most famous landmarks is St. John’s College, among the three earliest educational institutions in the country. Opened in 1696 as King William’s School, the original buildings are still beautifully preserved, offering tours to visitors as they wander through the historic district.

Live theatre in Annapolis traces its origin back to 1771 by creating the first brick building theatre in the country. Today, ballet, opera, and live theatre performances are offered among several venues, including the 1930s era Maryland Hall for the Creative Arts.

As the first and only state house to be used as the serving national capital from 1783 to 1784, designated by George Washington, the Maryland State House continues as the oldest federal government state house in continuous legislative use. It was here that the Treaty of Paris was approved, bringing an end to the Revolutionary War.

Shipping and fishing were the primary industries during the 1800s, and so too was the training of Navy and Marine Corps soldiers. Fort Severn was constructed in 1808 on the same site as a former 1776 fort to guard against the British during the War of 1812. Since 1845, Fort Severn has been the site of the U.S. Naval Academy, training troops during the Civil War to the present. The academy now hosts important international political conferences.

Annapolis commands attention as one of the most historically significant cities in the U.S. and the world due to the remarkable number of pre-revolutionary heritage buildings still intact, including mansions like the William Paca House and James Brice House. Standing after three centuries is Saint Anne’s Episcopal Church, in addition to the Old Treasury.

For those who enjoy the office service solutions of My Annapolis Office, knowledge about Maryland’s historic and significant capital city means you are working in one of the most prestigious and beautiful locations in the country. By understanding its heritage and connecting with its heart, working in Annapolis can enhance your client and corporate relationships by sharing the city’s fascinating history.

Faces of Annapolis with Dave Minifie of MinifiesTake, LLC
March 22, 2022

Will My Business Benefit from Using a Hybrid Model?
February 11, 2022

Faces of Annapolis with Chris Howard of Grandstand Design
February 11, 2022